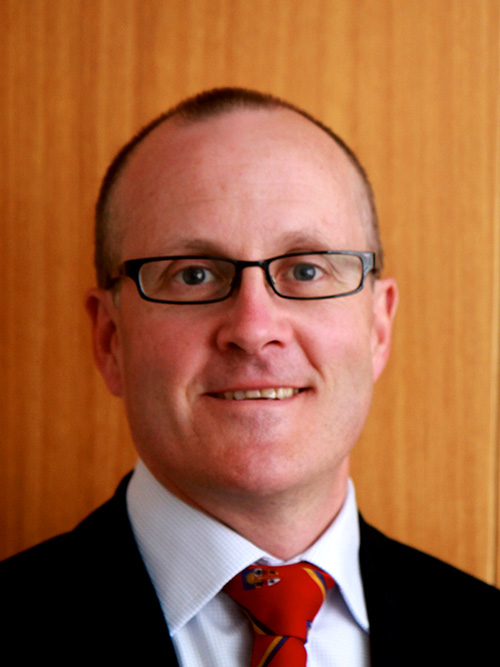 Mr Owen Niall is a Urological surgeon with a particular interest in the sub-specialty of minimally invasive surgery, including laparoscopic (keyhole) and Robotic-assisted surgery.

Mr Niall graduated from Monash University with an Honours degree in 1988. He then underwent further general surgical training before embarking on specialty training as a Urologist. He was awarded his FRACS in Urology in 1999. He was awarded a Diploma of Anatomy, and subsequently taught Anatomy at Stanford University in the United States.

Mr Niall then undertook further Urology training in the UK, France and Germany from 2000 to 2001 with a Laparoscopic Fellowship at the renowned Montsouris Hospital in Paris, which was instrumental in developing laparoscopic prostatectomy.

Since his return to Australia in 2002, he has been a Consultant Urologist at St Vincent’s and Northern Hospitals and he is now Head of Urology at Northern Health.

His interests include all aspects of General Urology as well as particular expertise in laparoscopic minimally invasive surgery. He helped pioneer laparoscopic surgery at St Vincent’s and Northern Hospitals, especially in laparoscopic prostatectomy and nephrectomy.